The Texan fell asleep almost instantly. I checked my phone. Just then, I got a message from a new boy. We haven’t met yet, but we have friends in common. We ended up chatting until 2:45 a.m. Our messages turned to sex almost right away. He was good with words. Sent me a dicque pick with one of my images in the background. Super fucking hot. I told him where I was. He asked if I was going to fuck my client again and think of him.

“Are you touching your pussy right now?”

“I think you should go into the bathroom and handle your business.”

“I can’t wait to kiss you, see how you handle me.”

This continued. Including one of the hottest lines I’ve ever read: “I wanna fuck you real slow and quiet, like I’m getting away with something.” But the bottle of Crown and sleeping pills I had ingested were taking effect, and I had to say goodnight to cutie pie. He’s clean and sober, so he was also tired. I knew we would definitely meet up, especially after that hot ass exchange.

I messaged the boy and we made a date. It’s been forever since I’ve had a rendezvous with a clean and sober person. Truly, I really can’t remember the last time I went on a date with a non-drinking. I thought it might be nice. Better chance for me to come (no whiskey clit). Since I have no issues with hooking up sober, I wasn’t nervous about that part. He dates “normies”, so I knew I could have a drink and he’d be fine, but obviously I wouldn’t be tying on one.

He’s my age (one month younger, in fact). Musician. Been around the block a coupla times. He called us “heavy weights” with regard to sex and experience. I liked that. For the date, I was thinking about meeting him at a bar that had food. That way, it wasn’t officially dinner—I wasn’t thinking of this in terms of a real date, more of a sex thing—but not just a bar bar, so he wouldn’t feel strange. He suggested an actual meal, which surprised me, but I suggested The York—still satisfying my original thought. Day of: around 6:45 p.m. he texts to say he has a problem (we weren’t set to meet until 9 p.m. or so). Turns out, he was starving, hadn’t eaten, but couldn’t leave his house yet either. I told him to eat, that we’d (I’d) just drink. No problem. He said he felt bad, I told him not to. He said he still wanted to pick me up (after I suggested we meet at the bar). Which was sort of sweet in a dated way, so I said OK. Now that the food factor was out, I switched locations, but still on my side of town (we couldn’t go to his place, roommates maybe). Nine o’clock rolled around and he texts that he’s running late. I had been nursing a cocktail as I got ready, and therefore feeling chill and happy, I told him no problem. He apologized, “I’m not usually this particular type of disaster.”

“No sweat.” And I meant it. This was a sex hookup, the only reason for the bar was to flirt and get warmed up. He gets to my house. His car is kinda junkie. No biggie, but I thought it was sort of funny that he pushed to pick me up. You’d think that gesture would include a nicer car, but it was clean, and I couldn’t really give two shits. I could smell cigarette residue though. I didn’t know he smoked. Not my favorite (after Brian and I broke up, I said that I didn’t want to be in a relationship with a smoker again), but when it’s just sex, it’s fine. What surprised me the most was that our textual connection wasn’t as sparky in person. I’m pretty good at cheating a vibe. Or getting one going out of thin air.

I gave him directions to the bar. He said he was six feet, but really, he feels like five ten and a half. He was wearing jeans, a white shirt, and a jean vest over a hoodie. Not that I got super dressed up, but a little more than he did. I’ve seen pictures of him, I know he has good style. Well, in one of his pictures, he’s wearing a sharp outfit, but maybe he was in a wedding or a girl dressed him that day. He seemed uneasy. Which I also didn’t expect. We sat at the bar. I ordered a vodka soda. He got a ginger beer. I knew I wouldn’t be drinking heavily, but I wasn’t in the drinking mood period. Which you’d think would work well, but sometimes when I’m not in the mood to drink, it means that I’m not really in a great mood. Or I’m in a chill mood. Or introspective. Or tired. He notices there’s a back patio (it’s his first time to this establishment), and asks if we can sit back there. We sit on the padded bench by the big, low, square table. He sits kind of far from me. Which I think is weird. We chat. It’s not as flirty as I want. I’m nursing my drink as if I want it to get watered down. Even he comments on it. I guess he wants me to drink. One of us might as well, but I’m just not in the mood. He’s chain smoking and talking about his ex girl. A little too much. Not that I give a fuck, but I also don’t give a fuck. You know?

It’s like, you’re forty-three, you’ve been in working bands for at least fifteen years, I’m sure you have something else to talk about. Apparently not. Every time I tried to steer it away from the ex talk, he’d circle back. I should mention/add that at this point (maybe thirty-minutes and one point three drinks in), I was being a little muteish. There wasn’t a spark. I started to wonder if we should even bother with the sex. Plus, his hands and feet were tiny. He had sent me dicque pics, but in both of them he’s holding it in a way that could have made it seem bigger. It wasn’t small, but perhaps it wasn’t a donkey either. The dicque jury was out. I was drinking so slow, that my shitty well vodka was tasting like cat piss, and therefore I wasn’t finishing them. But he went in to get me a third, nonetheless. When he walked back, again he sat crazy far from me. I said, “Why are you sitting so far away? Come here.” He moved exactly one-inch closer. As I was planning my fuckit talk, he says, “Wanna get out of here?” “Sure.” This was weird. Not bad, but not nearly as good as I was hoping. Why put off the inevitable. We got to his car, and as I was wondering why I had shaved for this, he kisses me. He’s a fantastic kisser! Yes! Shit dude, you should have been doing that the whole fucking time. Sex was back on the table. He parked in my driveway. I gave him the dime tour. I put music on (my “booty call mix”). I did a quick mouthwash and vagina check and joined him on my bed. Things were nice. I liked the way he kissed. Was hoping to get a little more bump and grind, but he seemed in a rush to get my clothes off.

He went down on me. Holy shit, he was good down there. I actually came pretty close to coming at one point, but he was using his fingers a tad too aggressively, and I didn’t have the heart (or apparently the brain) to tell him to ease up or pull out. Had he, I think I would of come. I’m an idiot. It felt really good though. He came up (I think he thought I had come, I hadn’t faked one, but my body was clearly happy and I think he could feel it). He took his pants off. He dick was way bigger than expected. My whole feet/hand/cock ratio is out the window. He laid on his back. I draped my body over him. His body is super fit and covered in tattoos. He had mentioned not being crazy about getting head in our messages while I was in Vegas, but as I told him, I love giving head, so it was going to happen regardless. Even if only for a minute. I started doing my thing. He didn’t swat my head away. In fact, a moment later he said holy shit. I “mmmmmm’d” with him in my mouth. Maybe I was too into it, because he had me stop. Not because he wasn’t enjoying it. I could tell. I reached over and grabbed a condom.

We fucked. It was on the fast side (in movement), but that tends to happen on a first time. There still wasn’t any real chemistry. Even with the nice penis, kisses and good head. Ah well. We tried. He pulled out, took the condom off and came on my stomach. Alrighty. So that happened. I went to the bathroom. When I went back to the bedroom, I was surprised to see that he wasn’t getting dressed. I thought I had made it clear that I don’t like cuddling or having people sleep over. But I was nice, and lounged. We chatted. Eleven minutes later he says, “So, I don’t want to be a typical dude, but I gotta get going, I have to get up early.” Dude, please. I was wondering what the fuck you were still doing here. Don’t mistake my niceness for romance. We kissed goodbye. I opened the gate. I’m pretty sure we both knew it would never happen again. 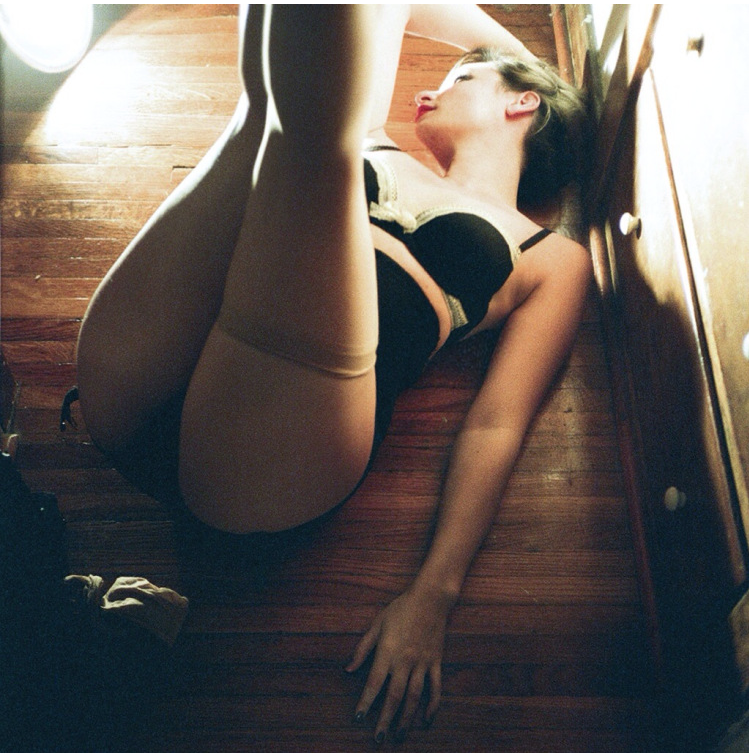 My Twenty-Seven Years in the Oldest Profession

This was taken down...

Does this offend you...